This was part of a large amount of furniture that we restored from a house in Malvern that had been flooded. The canteen had been standing in water for several hours and all the joints had loosened as well as the cutlery dividers (some of which were missing). After several weeks of drying out, the work to reconstruct the canteen could begin.

Once we had rebuilt the outer box and re-polished it to its original colour and finish, we had then to repair the interior and replace the missing sections and finally reline the interior with baize. The owner was delighted to see it back to its original condition as it had been in her family since the early 19th century. 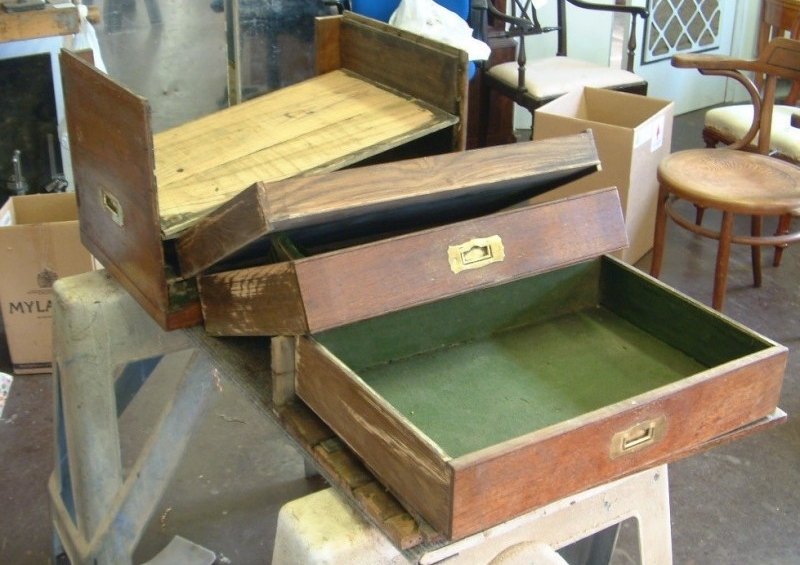 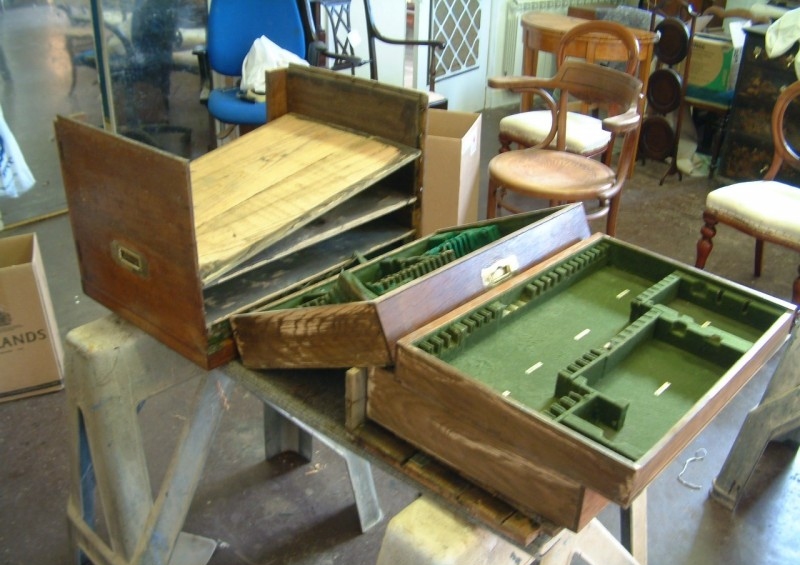 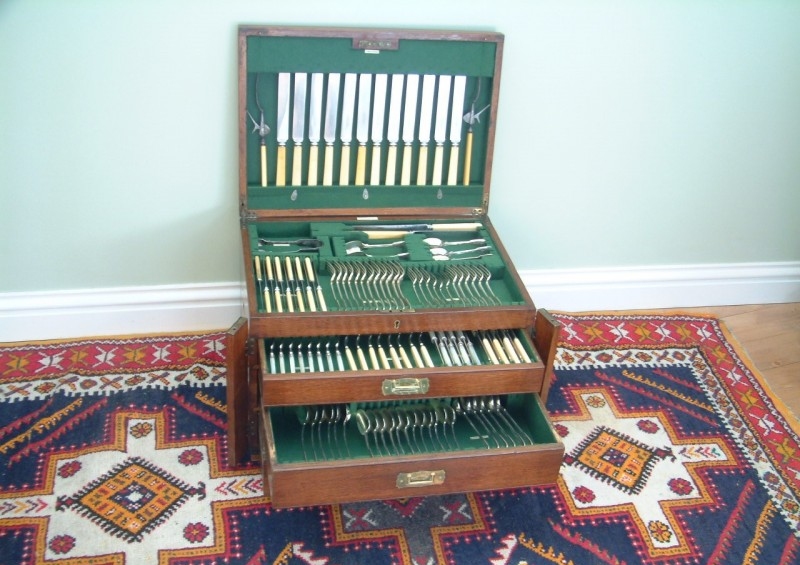 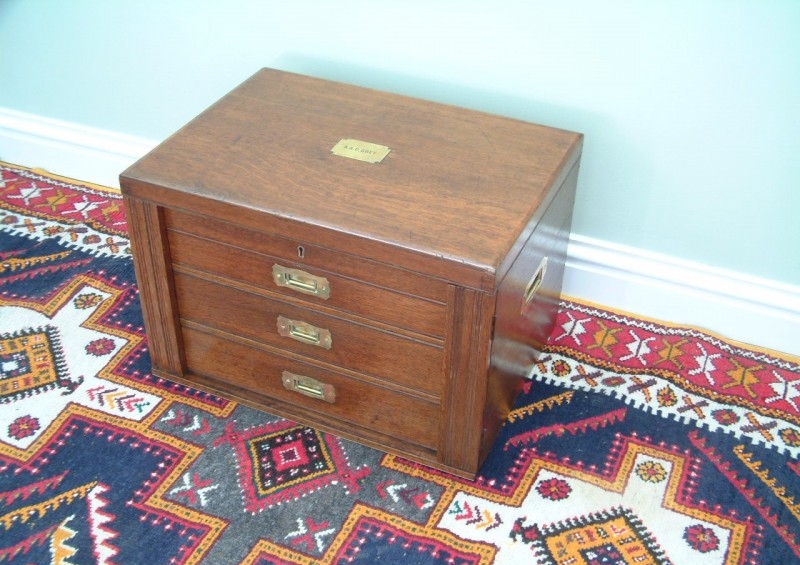